Wikepedia definition: Three-peat is a term used primarily in American sports to refer to winning three consecutive championships. The term, a portmanteau of the words three and repeat, originated with the Los Angeles Lakers of the National Basketball Association, during their unsuccessful campaign for a third consecutive championship during the 1988–89 season. The term is a registered trademark owned by Pat Riley, the Lakers’ head coach from 1981–1990.

Okay, so after reading this definition, maybe three peat isn’t the right phrase to describe us. But it’s the one that comes to my mind when I think of the three of us.

In 2013, Varina Denman, Jill Kemerer, and I were finalists in the romance category of the ACFW Genesis contest for unpublished writers. 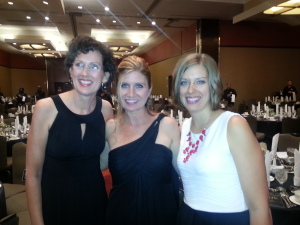 We met at the conference, and Varina (left) told Jill K. (middle) and I that her husband had started referring to us as The Jills. And so the term was coined. Since that time, the three of us have received our first book contracts.

This, in itself, is pretty amazing. Even better, our books have all come out within three months of each other. Our stories of how we got to this point, our books, even our contracts are different, but we have this great moment in common. So, congratulations to us on our first books! May there be many more. I’m thankful to have met these women, and I’m so excited to watch their careers flourish!

In celebration, we’re giving away copies of our books! One winner will receive all three!

wn Bachelor by Jill Kemerer—April, 2015. Small-town girl meets big-city guy… they may have a growing attraction, but do their lives fit together? {An absolutely delightful romance. Sweet. Fun. Witty.} You can read more about Small-Town Bachelor by clicking on the cover.

Jaded by Varina Denman—March, 2015. Jaded is a love story, not only between a man and woman, but also between the church and the lost. {I love this! I know so, so many who have been hurt by the church.} You can read more about Jaded by clicking on the cover.

Falling for Texas by yours truly–February, 2015. About a Colorado girl who unwilling falls for a Texas guy.

There are numerous ways to enter to win below!